How to Classify Flocculants for Sludge Treatment?

Flocculants are most commonly used in wastewater treatment and sludge treatment. In the process of sludge concentrating and dewatering from secondary clarifier, flocculant should be added to mix with sludge evenly and then enter other equipment such as multi disc screw press or belt filter press. This can improve the sludge dewatering effect and enhance the efficiency of sludge dewatering. 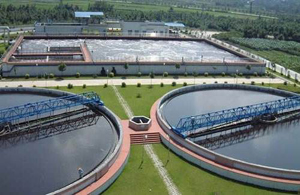 What kinds of flocculants are there?

Inorganic flocculants include aluminium salts, iron salts and their polymers.

What kinds of inorganic flocculants are there?

What kinds of inorganic polymer flocculants are there?

Inorganic polymer flocculant (IPF) is a new type of flocculant developed since 1960s. At present, the production and application of IPF have made rapid progress all over the world. Aluminum, iron and silicon inorganic macromolecule flocculants are actually the intermediates of hydrolysis, sol and precipitation, namely hydroxyl and oxygen polymers of Al (III), Fe (III) and Si (IV).

Aluminum and iron are cationic positive charges, while silicon is anionic negative charges. Their molecular weight in water-soluble state is about hundreds to thousands, and they can be combined to form aggregates with fractal structure.

Their coagulation-flocculation process is a comprehensive reflection of the electroneutralization and bridging of particles in water. The particle size of suspended particles in water ranges from nanometer to micrometer, and most of them have negative charges. Therefore, the main factors that determine the flocculation effect are the positive and negative charges, the electrical strength and molecular weight of flocculants and the size of aggregates.

What kinds of synthetic organic polymer flocculants are there?

At present, most of the polymer flocculants used are anionic, and they can only play a coagulant role in the negative colloidal impurities in water. Often can not be used alone, but with aluminium salt, iron salt use. Cationic flocculants can play the role of both coagulation and flocculation and can be used alone, so they have been developed rapidly.

At present, polyacrylamide nonionic polymers are widely used in China, which are often combined with iron and aluminium salts. Satisfactory treatment results were obtained by utilizing the electric neutralization effect of iron and aluminium salts on colloidal particles and the excellent flocculating function of macromolecule flocculants. Polyacrylamide has the characteristics of low dosage, fast coagulation speed and large strength and toughness of flocculent particles in use. At present, 80% of synthetic organic polymer flocculants produced in China are made of this kind of product.

What kinds of natural organic macromolecule flocculants are there?

Compared with synthetic flocculants, natural organic macromolecule flocculants have less toxicity and simple extraction process. They are in good harmony with nature both in chemical composition and production process. Therefore, the research and utilization of these natural resources as water treatment agents has become a current hot spot, which is inseparable from the situation that the world attaches great importance to rational utilization of resources, protection and improvement of the environment. 。

What kinds of microbial flocculants are there?